Cuemaster has more than 20 years of experience in providing camera crews to national and international clients. Our main field of experience is ENG/EFP camerawork and multi-camera and OB work. For ENG/EFP work we can supply you with HD cameras (we prefer Panasonic P2, Canon C100 or Canon 5D). We can also provide you with an Premiere Pro edit suite to edit the images we shot. This unit is portable so it can also be used wherever we are shooting.

If you are planning a production in Belgium, and if you are in need of more than just a camera crew we can help you in finding the right people (director, producer, make-up artists, grip,…) or the right equipment ( light, cranes, power units,…) 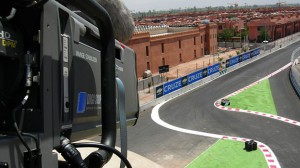 In the field of multi-camera and OB work we are specialized in sports and music productions. We’ve worked on a variety of productions both in Belgium and abroad. Contact us if you are in need for an experienced, motivated and flexible camera crew.

Cuemaster has more than 25 years of experience in renting and operating  teleprompter systems.

We own the most extensive range of teleprompter equipment available for rent in Belgium. 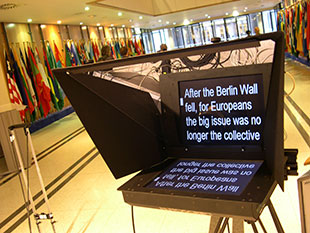 We have both the on-camera units (from 8″ to 19″)  as well the conference sets (manual and motorized stands) used for speakers to address a live audience. We only use the proven and award winning Autoscript and Cuescript equipment so you can be sure of a stress less production. Our operators have broad experience and speak fluently at least 3 languages (Dutch, French, English, German and Spanish).

Contact us if you have any question about how to use a system and which solution we can find to satisfy your speakers.

With more than 15 years of experience as a cameraman, we decided in 2015 to invest in our own mobile production units.
Our first unit is build around the Blackmagic Constellation 2ME HD switcher. We use the Panasonic P2 250 HD cameras, connected via a multi-cable to the unit. The cameraman has intercom to talk and listen to the director and tally light. Recording can happen on the build-in Hyperdeck or on a Sound devices PIX. Apart from recording the images, we can also stream them live on any platform you wish. This unit is perfect for smaller productions, events, press conferences,…

In Q2 of 2018 we invested in a second unit. This one is build around the Blackmagic ATEM4 switcher with the new Advanced mixing panel and the camera control panel. We use the Blackmagic Ursa Broadcast G2 cameras connected via fiber to the unit. These cameras have all the professional features that you would expect from a broadcast camera. 7″ viewfinder, B4 lens mount, intercom, program return, tally light, camera control from the unit. Both cameras and switcher are ready for 4K.
This unit is state of the art, professional, but still affordable.

Last April Cuemaster provided a teleprompter system and operator for the World Cup Final Draw held in Doha, Qatar. The teleprompter was used by the hosts of the show. After the FIFA The Best Awards held in January this was the second assignment for FIFA in 3 months time. 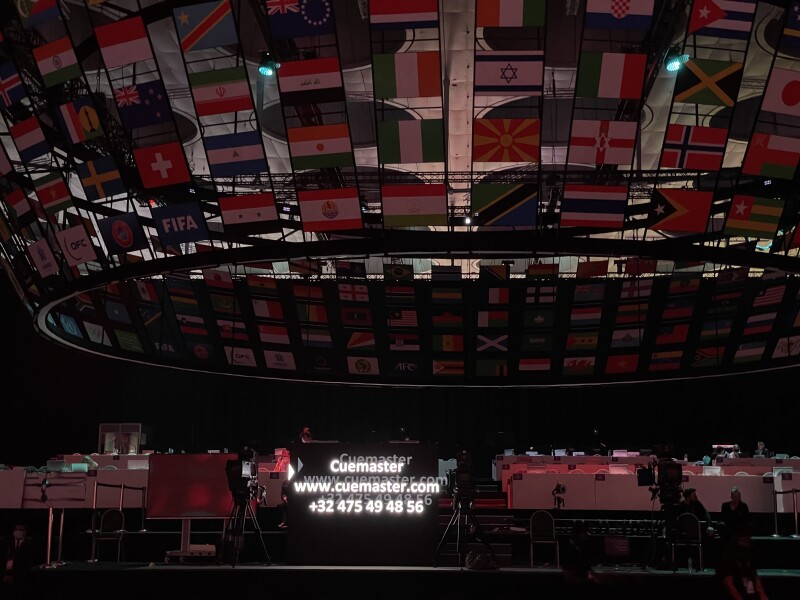 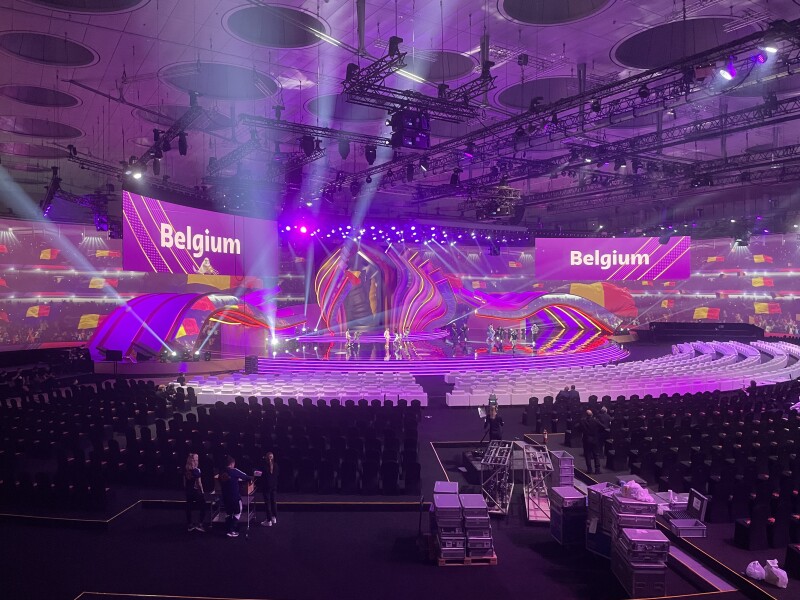 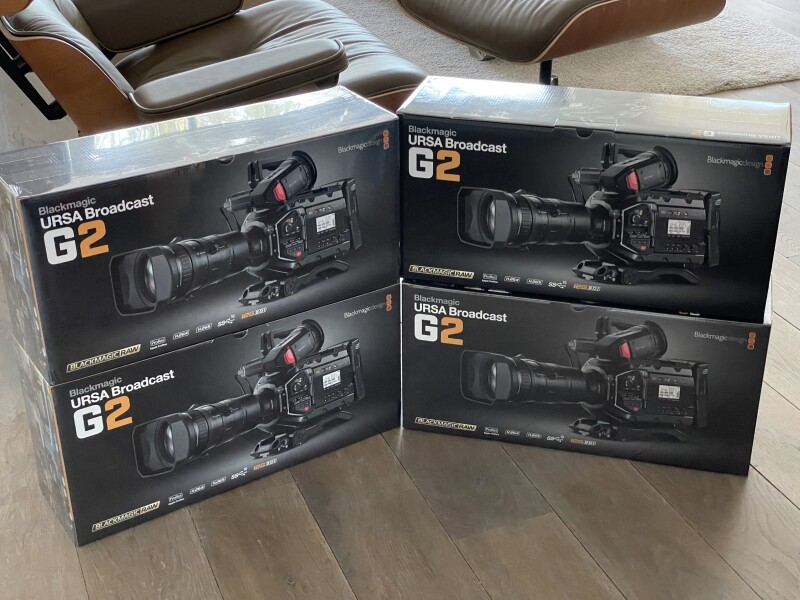 We recently added 2 new Cuescript 17” camera prompter units. They can be mounted on both classic camera’s and PTZ’s. 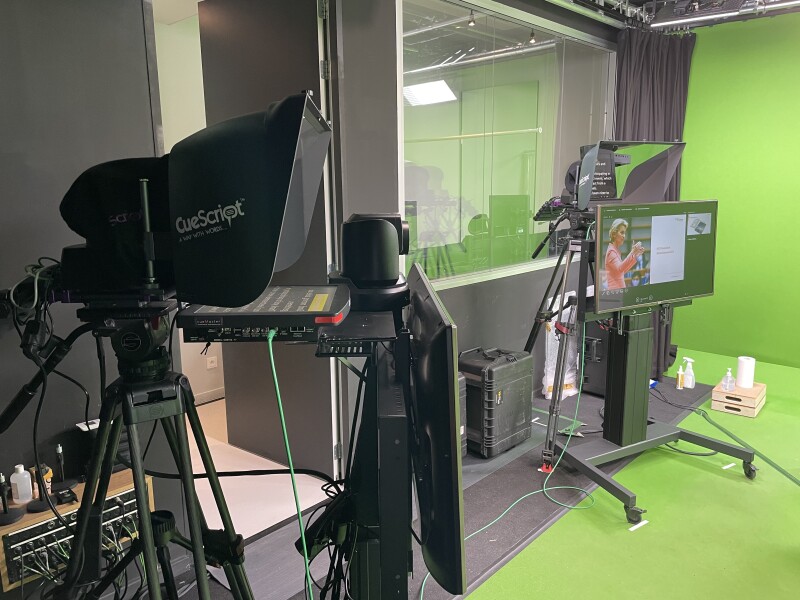 When Covid-19 came to the world we quickly understood that events would go digital. To accommodate our clients we invested in 2 more PTZ camera’s. We added 2 Panasonic AW-130 camera’s to our inventory. We have 3 available now. They are ideal for smaller events that need to be streamed. They can also be used in combination with the URSA camera’s.

This unit is built around the Blackmagic ATEM 4 switcher, suited with the new Advanced Panel.
The cameras are the new Blackmagic URSA Broadcast cameras, equiped with fiber connections, 7″ viewfinders, and they fit any broadcast lens available.
Camera control is done via the new Blackmagic camera control panel.
Built-in the unit are 3 hyperdecks for flexible recording of your footage.

Contact us if you have more questions or need a quote for your next job. 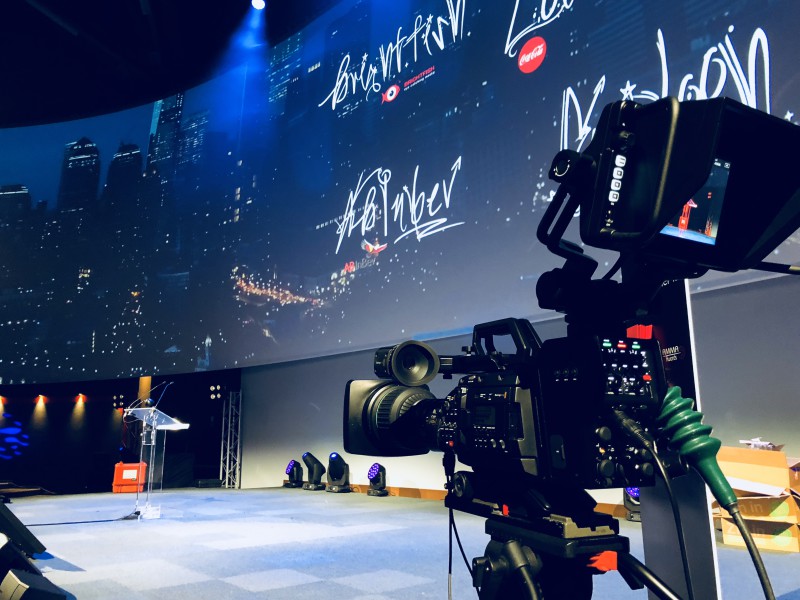 « Older Posts
Get in Touch